Digital technology improvements and an ever-growing field of applications are reshaping the power and chemical process industries.  Stay on top of key trends and possibilities at the Connected Plant Conference.

Meet some of our upcoming speakers 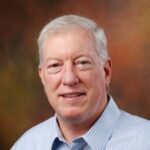 David DeBari is an Innovator and a Process Control Engineer for the ExxonMobil Research and Engineering Company. He has many years of automation experience in both continuous and batch processes and has built, migrated, or replaced many control systems on numerous projects. David is the Lead Engineer and one of the original members of ExxonMobil’s Open Process Automation Program Team. He has provided technical leadership for the proof of concept and pilot unit prototype projects, and leads the current Test Bed and Field Trial activities for the ExxonMobil Program. 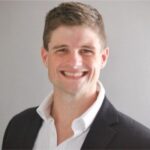 Jonathan Alexander is the Manufacturing AI & Advanced Analytics Manager within Albemarle’s global Manufacturing Excellence team. He has held a variety of roles within Manufacturing, including working within both Maintenance & Operations for both the Hydroprocessing Catalyst Plant in Bayport, TX and the Aluminum Alkyl plants in Pasadena, TX, along with leading a site’s Technology Implementation for Competitive Advantage (TICA) program. In his current global role, he has been focused on powering the potential of people by scaling AI (Albemarle Intelligence) and changing Albemarle’s culture around Manufacturing Data Analytics, an integral part of their journey towards Digital Transformation. Mr. Alexander holds a Bachelor of Science in Electrical Engineering from Louisiana State University and a Masters in Business Administration from The University of Houston in Clear Lake. 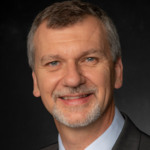 Richard Voorberg is President of the North America Hub of Siemens Energy, based in Orlando, FL. In this role, Richard has regional responsibility for the Energy business in the Americas, which includes the company’s Generation, Industrial Applications, and Transmission divisions. Most recently, Richard served as the Head of Service in North America, where he was responsible for managing all aspects of Large Power Service, including Gas Turbines, Steam Turbines, Generators and Nuclear. Additionally, he is Chairman of the Board for Advanced Airfoil Components. Richard has almost 30 years of experience with Siemens including extensive involvement in the manufacturing, commissioning management, project management and marketing aspects of the power generation business. Richard was responsible for the design, project management and building of a brand-new factory at the Charlotte, North Carolina, site for gas turbine manufacturing. Throughout his career Richard has had the privilege to live and work in several different locations including Canada, Indonesia, Argentina, Korea and Germany. The North American business consists of over 10,000 people who manage all aspects of Service from Sales, Marketing, Project Management, Field Engineering, Shop Repair and Business Administration. Richard holds a Bachelor of Applied Science degree in Mechanical Engineering from the University of Waterloo, Canada, and his MBA from ESMT in Berlin Germany. Richard and his wife, Esther, have four children and reside in Winter Springs, FL. 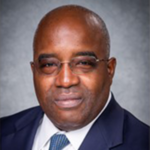 James Goosby is Business Technology Planning & Strategic Initiatives Director, responsible for ensuring that initiatives that require technology follow a framework that enables predictable outcomes. He serves as chair the Operations Technology Leadership Team that facilitates business technology planning and implementation while ensuring alignment to business priorities. He has served for more than 26 years at Southern Company, most recently in the role of Assistant to the Executive Vice President of Operations, where he helped advance work in Moving to Equity and co-led a project to strategically align Operations-wide cyber and NERC-CIP program management. James earned a bachelor’s degree in electrical engineering from Auburn University and served our country in the U.S. Marines.

The Connected Plant Conference is the ONLY event covering digital transformation/digitalization for the power and chemical process industries. Get in front of the leaders you need to see!

100% of respondents said the networking events met or exceeded their expectations.

Attendees left with actionable information and strategies to maximize the use of data, analytics, and related technology to drive efficiency improvements, preventative and predictive maintenance programs, and staff safety